Famed Marvel Comics artist Dick Ayers is 88 years young today! Dick is primarily known for his work on the Sgt Fury strip for Marvel (Fury set to appear in the Avengers movie, played by Samuel L. Jackson), as well as the go-to inker for many 1960s Marvel books drawn by Jack Kirby and Steve Ditko. But he started in comics in the late 1940s before first reaching Marvel's doors in 1952. Below is a brief selection of his work, including one of the first pieces of work he did, the cover to "Jimmy Durante Comics" in 1948.

He also "inked" Ditko on the first issue of Iron Man that featured Ditko's seminal redesign of Kirby's clunky armor into the version that still lives on (also in the Avengers movie, Iron Man played by Robert Downey Jr.) almost 50 years later. I put "inked" in quotation marks because Ditko would do very sketchy pencils, adding most of the details when he inked his work. Problem is that Stan Lee started using Ditko like he had being using Jack Kirby - get a new feature going, ensuring the strip was drawn "the Marvel Way" before another penciller/inker would finish it off. As you can see on the original art to Iron Man #48, Ayers whited out the part that suggests he only inked the issue, so that it read "Art by Steve Ditko and Dick Ayers". The issue is also known for having been "watered down" in that the name of the villain was originally called "Mr. Pain" but was changed to the less frightening "Mr. Doll".

I was blessed enough to get to know Dick and his wife, Lindy, in 2001 and interviewed them for my first book, "I Have To Live With This Guy!" A few years later, when Dick was doing his auto-biography in graphic novel form, he drew me into his book (yes, I am that dashing)... 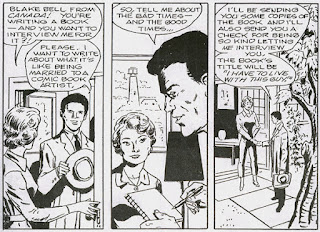 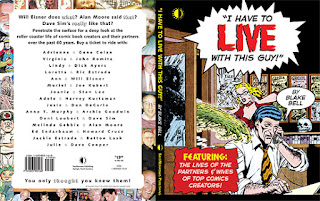 Read more on Dick's career here and here, and scroll through the vast collection of original art and covers on the Heritage Auctions website archives. Happy Birthday, Darlin' Dick Ayers!