90 years is a good life. And so is being able to make a living at what you love to do for most of that life.

Dick Ayers, the artist most famous for his contributions to the Silver Age of Marvel Comics (inking Jack Kirby, and a 10-year run penciling Nick Fury), passed away yesterday. (Read more about his career here.)

We've lost not just a member of our community, and an important ambassador for the medium's history, but we also lost a gentleman and, more importantly, a husband and life partner to his lovely wife, Lindy.

Lindy is the source from which my personal association with Dick was fostered. My first book, I Have To Live With This Guy!, told the tales of the spouses/partners of comic-book greats and, given Dick's long and multifaceted career, I was ecstatic when Lindy and Dick agreed to be part of the process. Thanks to my Secret History Of Marvel Comics co-author, Dr. Michael J. Vassallo, I had the pleasure of visiting the Ayers' home on two occasions in late 2001/2002. They lived near by Doc V. and the first visit (in Nov '01) was really a visit to Dick and his home studio... 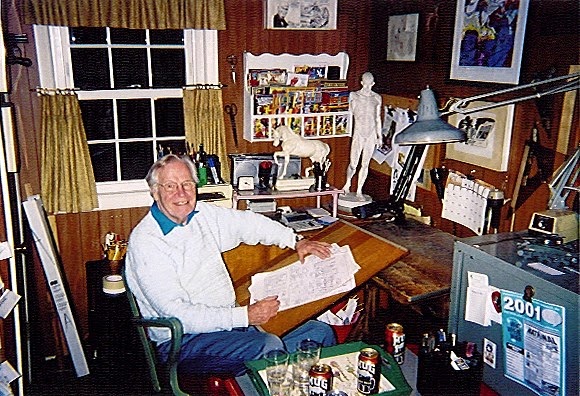 One of the memories of this visit that is seared into my brain is something you don't see in this picture. Just before you walk into this room, on the wall to the left, is a letter from DC Comics to Dick. It was a formal acknowledgement of his role in the creation of the character, Scalphunter, who first appeared in the 1977 comic book, Weird Western Tales #39.

It's no secret that this industry has denied many creators ownership (and the subsequent financial rewards) of their famous characters. From Bill Finger and Jerry Robinson, to Jack Kirby and Steve Ditko, the dustbin of history of filled with broken promises and shady dealings by the men who owned companies built on the backs of men like these.

So my foremost memory from that visit is the look of pride in Dick's eyes when he showed us that letter. Scalphunter had a nice little run in Weird Western Tales, lasting up to issue #70 when the book was cancelled, but was pretty much forgotten after 1982. Still, this was something he could lay claim to having a hand in creating (much like his original Ghost Rider character in the 1950s), that it was part of his legacy which extended beyond inking other artists

What me, Doc V. and Len Lumbers remember from that visit is the hospitality of Dick and Lindy (yep, those are our root beers); super-gracious people, and Dick shared liberally his time and all the work he had accumulated. 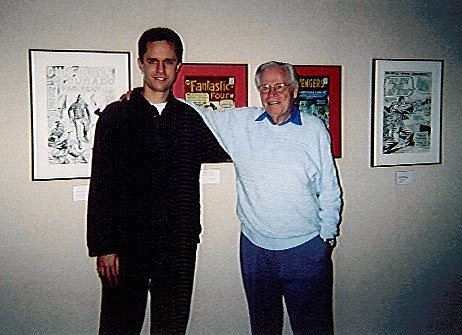 The second visit to the Ayers' homestead was even more special. Dick had an exhibit of his work nearby and me and Doc V. joined him there. It was definitely impressive to see all the original art and his recreations (historian Mark Evanier noted that Dick made more money in the 1990s off of recreating Jack Kirby covers than did Jack and Dick in the 1960s when they originally collaborated on them), but he also had these wonderful murals and paintings that were a sight to behold and you could tell that he took immense pride in this work that showed him more than just a comic-book artist. Here are some examples:

Here are some other pictures from the exhibit... 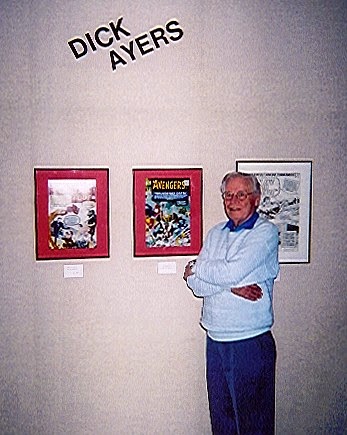 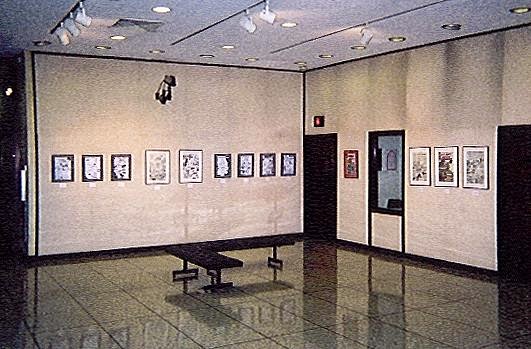 The best part, however, of the second visit was sitting down with Lindy to discuss her life with Dick for my first book. They were definitely proud to be a part of this medium's history, but it was not without its difficult times. Lots of the artists from Dick's era - late 1940s to 1960s - fell out of favour in the 1970s and 1980s and it is a testament to Dick's perseverance that he survived the ups and downs and spent his last couple of decades on earth drinking in all the praise on the convention circuit and financial rewards from the aforementioned commissions.

Best thing that came out of that second visit with Dick and Lindy? He later drew me into his autobiography! 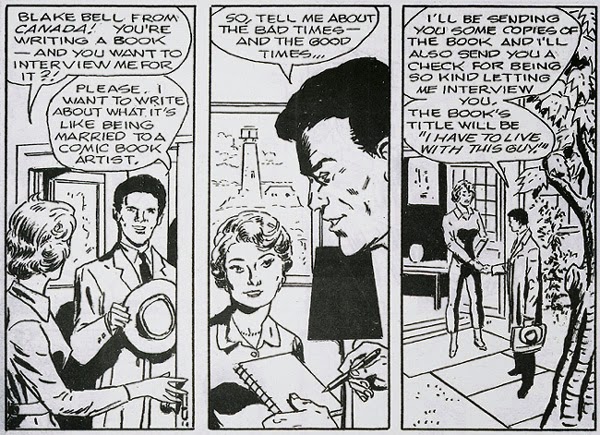 Our prayers are with Lindy now. I remember my mother's first few nights after the passing of her soul mate and they can be the roughest. Below are some more examples of Dick's work that I have sitting around on my computer.

God bless you, Dick! I know that you are having a great day in Heaven today! 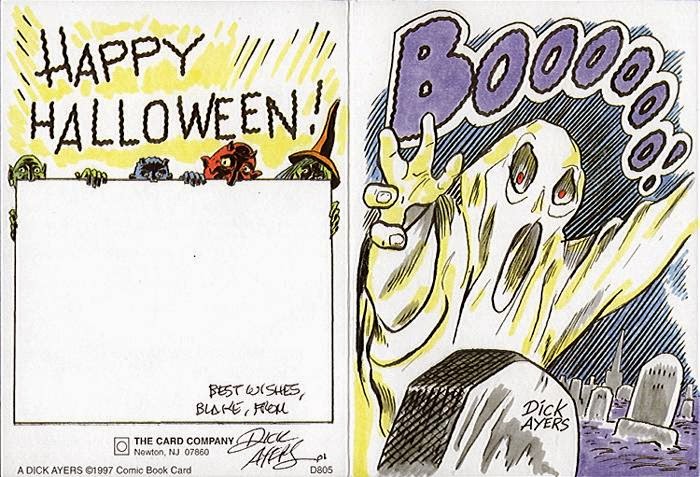 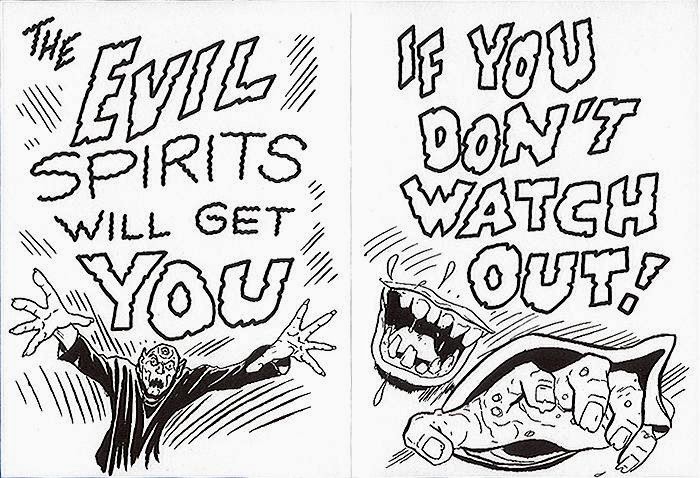 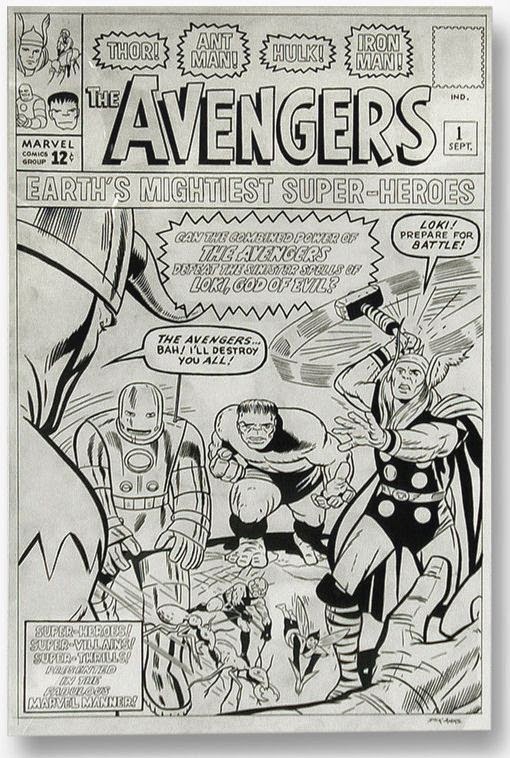 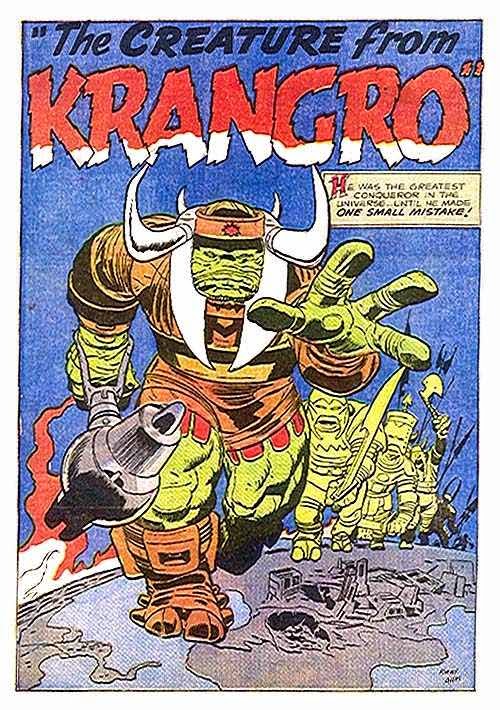 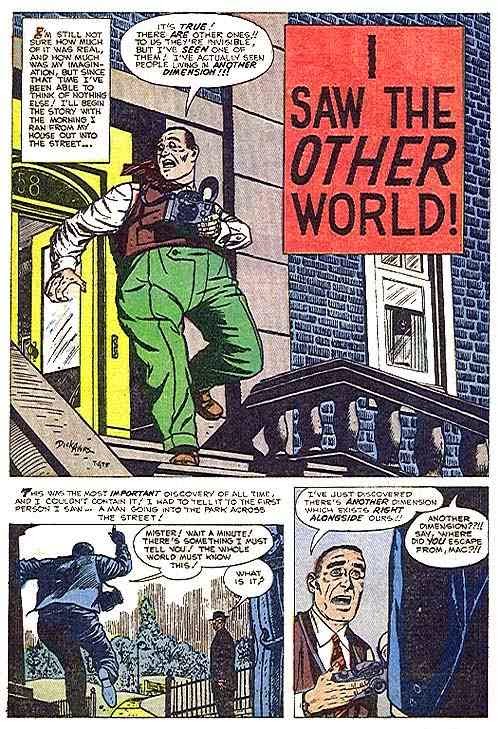 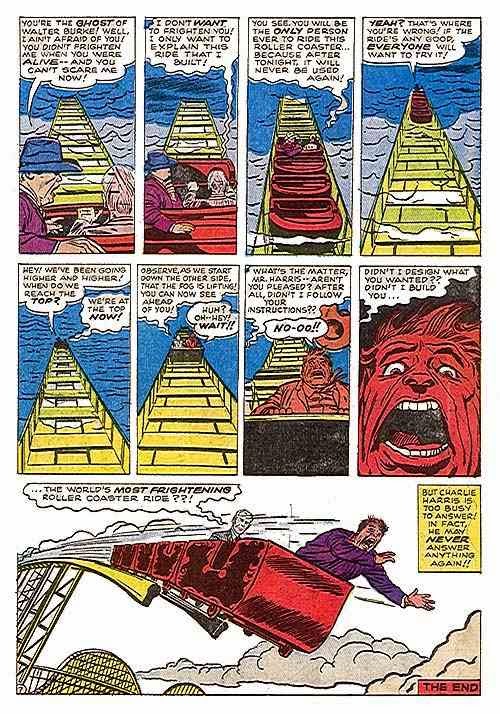 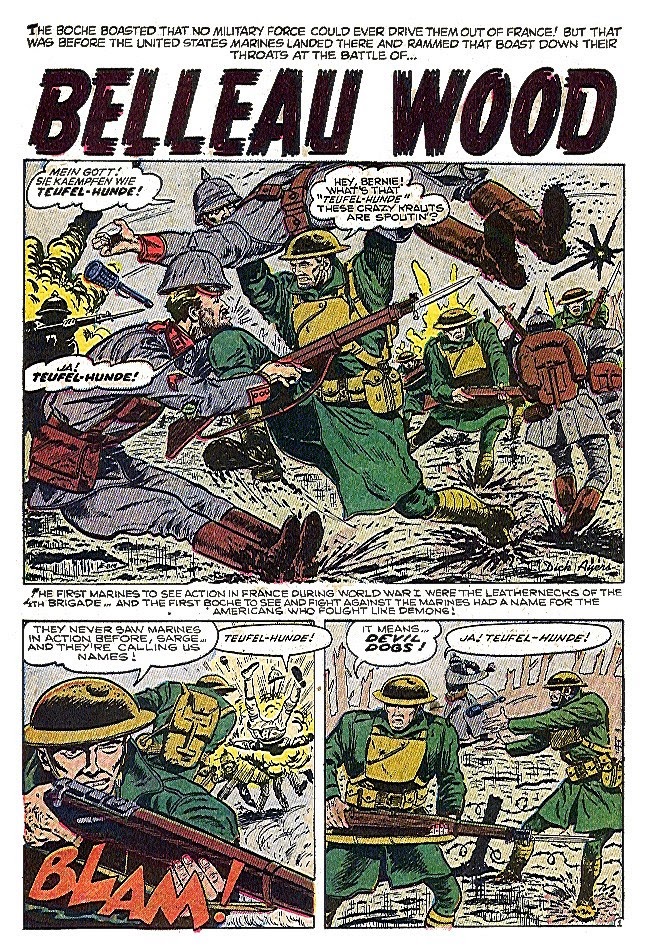 Email ThisBlogThis!Share to TwitterShare to FacebookShare to Pinterest
Labels: Dick Ayers, I Have To Live With This Guy